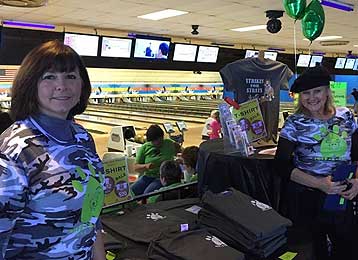 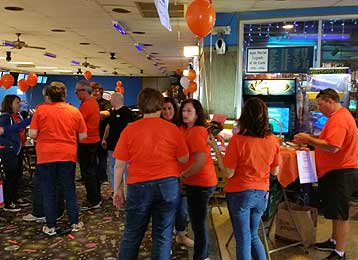 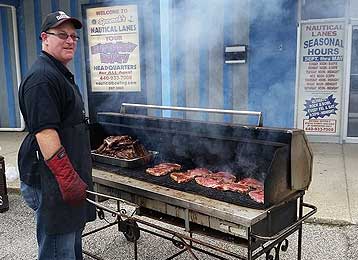 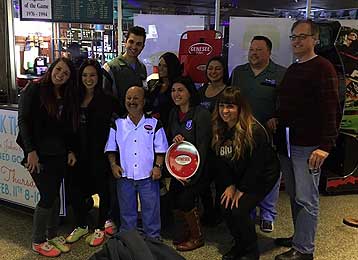 Over the years Spevock's Nautical Lanes has been host to several fundraisers including everything form sports teams to terminal illness. With our proven fundraising model we are sure to get your team or organization on track to achieving its financial goals. With acres of parking and a 28 Lane facility located in Avon Lake just 2 miles from Interstate 90 we have the capability to host Fundraisers up to 275 guests. Call Nautical Lanes today to learn how a customized bowling fundraiser can benefit your organization!

Over the years Spevock's Nautical Lanes has been host to several fundraisers including everything form sports teams to terminal illness. With our proven fundraising model we are sure to get your team or organization on track to achieving its financial goals. With acres of parking and a 28 Lane facility located in Avon Lake just 2 miles from Interstate 90 we have the capability to host Fundraisers up to 275 guests. Call Nautical Lanes today to learn how a customized bowling fundraiser can benefit your organization!

In preparation for the Love For Lucas benefit, the Hardman family only made up 200 tickets, hoping to raise $5,000 to donate toward medical research or helping other families dealing with Epidermolysis Bullosa, the genetic disease that took the life of their son, Lucas, last year.

The event, held Saturday at Spevock’s Nautical Lanes, began at 5:30 p.m. Half an hour after the start, the line was still out the door. It took until about 7 o’clock for the line to diminish. The benefit volunteers had to make up 88 more tickets for the crowd after they ran out.

As for the $5,000 goal? The family raised $7,000 in donations and advance tickets sales before Saturday. One of the donations the Hardmans received during the event was a check, from an anonymous individual, for $10,000. After paying for all of the benefit’s expenses, Love For Lucas raised $30,512.50.

“It was just – I’m speechless,” Nicole Hardman, Lucas’ mother, said Monday morning. “It just shows again how wonderful our community is. We want to thank everyone who donated online, helped plan the event and came out to support us on Saturday. Brian and I and our entire family appreciate it from the bottom of our hearts.”

The money raised will go to the Dystrophic Epidermolysis Bullosa Research Association, or DEBRA of America, to either help research a cure for epidermolysis bullosa or help families dealing with EB. The disorder causes severe blistering and erosion of the skin, and, in some cases, internally as well. There are different forms of EB, and Lucas’ type, Junctional Herlitz, is the most lethal. Life expectancy with this type is two years at the most; however, Lucas passed away at 5 weeks old on June 24, 2011.

Along with being a heartbreaking disorder, EB is expensive, requiring special bandages and pain medication. To put it in perspective, Nicole said the $30,512.50 raised Saturday could probably pay for about two years worth of dressing supplies for a family with EB.

The marketing director at DEBRA was excited about the success of the benefit, Nicole said, and told her that there have been localized fundraisers for EB that have gone on for years that haven’t raised this much. As it turns out, it was also the most successful fundraiser held at Spevock’s.

During the benefit, Nicole and Brian raffled off some big prizes: a new iPad, a flat-screen TV and a Blu-ray player. There were also 12 silent auction items and 40 $1-raffle items. It should come as no surprise that the new iPad was the most popular raffle item, selling hundreds of raffle tickets at $5 each. A 3-year-old won it, Nicole said, much to the joy of his parents.

The Hardmans also sold T-shirts with the Love For Lucas butterfly logo. Children with EB are known as butterfly children for their fragility. Each of the little girls at the benefit was given a set of wings, Nicole said, so there were many “butterflies floating all over the bowling alley.”

Nicole and Brian were overwhelmed by the community’s generosity. Nicole said they met new people, made new friends and actually got to meet face to face with other families with EB who traveled from out of town to attend.

“Just as importantly as the money, we created a tidal wave of awareness that night and past few months as we’ve been promoting this event,” she said. “To me, the awareness is the first step to finding a cure.”

On the day that doctors diagnosed Lucas with EB, Nicole said her husband turned to her and told her that Lucas would either be the first cured or will be the one to help find the cure.

“Saturday night was Lucas helping to find a cure by inspiring other people to help us join the fight against EB,” she said.

Sunday was Mother’s Day. Lucas’ first birthday would have been Monday. Father’s Day is a month away. Even with such a successful event showing the community’s support, it’s only been about a year since Lucas passed away, so it’s by no means easy for the Hardmans, but it’s a start.

“I think in a way Saturday made us realize, while he’s doing incredible things, he’s gone,” Nicole said. “I can tell you that the love that surrounded us Saturday made my first Mother’s Day without my baby a little bit easier. It’s the best Mother’s Day present he could have sent me, and I know how happy he is knowing how many other babies this money is going to help.”