Proudly Family Owned and Operated Since 2003 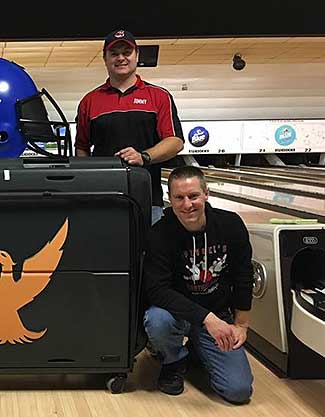 Spevock's Nautical Lanes owners Jim II and Joel Spevock are second generation bowling proprietors. In 2003 when the seemingly impossible project of reopening a bowling center began a new credo was stated that would be the foundation of the two young proprietors bowling industry careers.That credo read: "Failure is not an option." "The first day we walked into our bowling center in Avon Lake it it was literally in ruins." recalls Joel. There was an empty bulletin board in the back office which at the time had nothing in it but an empty desk and chair. The famous credo was posted on the bulletin board that day and nearly ten years later still stands as not only a great memory but a motivational statement to Jim II and Joel who now run the bowling lanes. "We worked endless hours night and day to get the center open on time" recalls Jim II. "Failure was never an option as the credo read, we had a vision picked up the ball and literally rolled a strike."

Spevock's Nautical Lanes is a historical bowling center in Avon Lake, Ohio. In 1961 it opened as part of the also historic Aquamarine Hotel and resort. This is where the real story began. The bowling center had three different owners between 1961 and 1997. At the end of the bowling season in 1997 the center closed its doors for what many thought was forever.

Jim and Joel Spevock's father spent the better part of a 45 year career in the bowling business. Owning another local center for over twenty years in the 70's and 80's. Two little youngsters (Jim II and Joel) were watching and learning. "I was always so eager to learn the business." recalls Jim II. "I would go right to the bowling lanes from school on some nights, Our father would make me sit in his office and finish my school homework before I could do anything else." "My main motivation for going to our bowling center at a very young age was to play with all the toys in the center's nursery, of course I was always watching and learning the ropes of the business as well" said Joel. 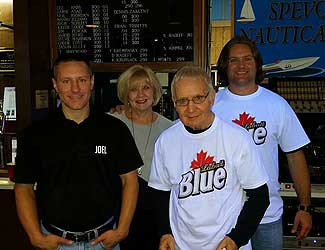 As time passed, the Spevock's left the bowling industry, but only temporarily. Jim II went on to be an all conference linebacker while attending Lutheran High School West in Rocky River, Ohio (class of 1992). He continued to play football while attending Baldwin Wallace College in Berea, Ohio. He graduated in 1996 with a degree in Business and Marketing and spent 14 years gaining experience in corporate America. Jim II also remained an active league bowler through out his high school and college days and beyond. "Bowling was always in my blood, I was continuously conducting my own market research on industry trends including league & entertainment bowling. I didn't know it at the time but many of my league colleagues and friends would later become my future customers."

Joel also attended Lutheran High School West in Rocky River, Ohio (class of 1996). After earning seven varsity letters in football, wrestling and track Joel continued to wrestle and became a Sports Communication/ Journalism major while attending Ashland University in Ashland, Ohio (class of 2001). "It was really ironic, there were two bowling centers right there in Ashland. At that time I never would have dreamed that I was going to make a living running my own bowling center just two years after that" recalls Joel. 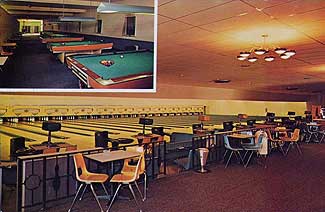 In 1997 the flagship bowling center once known as Aquamarine Lanes closed its doors for what many thought was forever.

In 2001 the Spevock's were on their way home from church one Sunday afternoon. "We passed the bowling center which had been closed at that point for over four years. We noticed some cars in the parking lot which was a very rare sight at the time." recalls Joel. We went up to the bowling center that day and saw a building that was literally in ruins."The ceiling was on the floor, there was five lights in the whole bowling center that worked, there were roof leaks everywhere, the place smelled like a barn, it was literally ready for the wrecking ball." recalled Jim II. 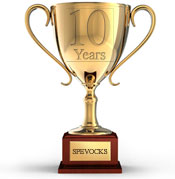 Nearly two years after seeing the bowling center in a state of ruins, Jim II and Joel purchased the bowling center in April 2003. After nearly seven long months of tedious renovations to both the infrastructure of the building along with interior equipment, the center reopened as a start-up business on October 11, 2003 under its current name, Spevock's Nautical Lanes. "I'd find myself sleeping there for days at a time," Jim II said recounting all-nighters and weekends toiling alongside renovators which included some of my best friends, All while holding down a full time day job. "but there was no turning back, failure was just never an option as we had decided months before that."

The name Nautical Lanes is a reference to the center's location which is less than two blocks away from Lake Erie. The name is also a tribute to the Spevock's life long family hobby of boating. Jim Spevock II and his brother Joel Spevock are the current owners of Spevock's Nautical Lanes which celebrated its 10 year anniversary in October 2013.